Articles » Total titles
News ID: 250
A glance at the most top secret memories from one of the elements of Pahlavi regime

I saved the life of Massoud Rajavi--becausehis brother (Kazem) was our agent and I had hired him in Switzerland.

Irdc.ir: high-ranking members of the People’s Mojahedin Organization were arrested and sentenced to death after the SAVAK strike in September 1971. Meanwhile, Massoud Rajavi, with the follow-up of his brother Kazem Rajavi, received a one-degree reduction for cooperating with SAVAK and was sentenced to prison. Nonetheless this was done by  Parviz Sabeti’s intermediacy, who was infact the top secret element of SAVAK.

In his memories, Sabeti narrates the story of Massoud Rajavi's rescue as follows:

“Rajavi was arrested in September 1971 and was one of the 10 people who was sentenced to death. I knew Massoud's brother, that is, Kazem Rajavi ... who in 1957 we took a course together for a month to be employed in the education ministry. Furthermore, through this period we had a chance to know each other.

After 1-2 years, Kazem Rajavi went to Europe to continue his studies, plus he was active in the Iranian Students' Confederation. I also went to Switzerland for a work trip for SAVAK, at the time I had 8-9 years of experience in this security organization. It was around 1968, and I wanted to meet Kazem Rajavi to see what I could do for him. 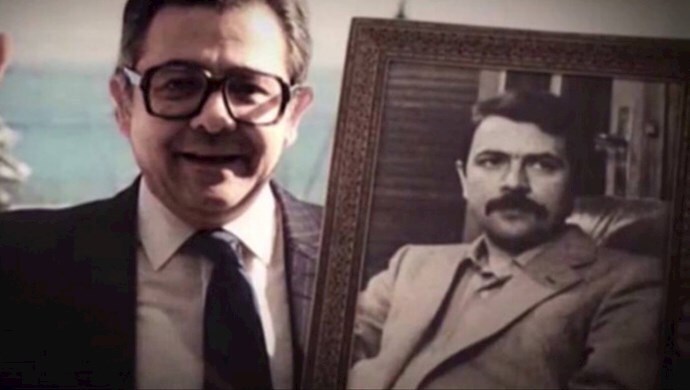 I called Kazem and said: Do you remember me? He said: Yes, where are you? Lets see each other. And we went and had a meeting. I asked him: What are you doing here? Of course I knew and I had read his file. Anyway, I saw that it is not too deep and there’s one criticism of the monarchy, especially the Shah. Anyhow, it’s not that important ..

Obviously, he did not know at the time that his brother (Massoud) was active in the Mojahedin Khalq network. He asked me what are you doing? I then answered: I am in the prime ministery, he said: the same SAVAK? I also frankly said back at him: yes! He asked again: Well then what are you doing here in Switzerland? ...

Furthermore, during the conversation, I saw that he’s rather delicate and so I hired him as a SAVAK officer there and handed him over to the SAVAK representative in Geneva, and monthly paid him a thousand Swiss francs, so as a result he became our agent and sent us reports on a regular basis.

Until in 1971, when his brother (Massoud) was arrested, Kazem immediately wrote a letter and called: "Sir, you are my only hope, please save my brother!" I told him I am going to see what I can do, then after that Massoud got sentenced to death. Kazem while appealing to me went to other places aswell, for example, he visted Sir Jean-Paul Sartre and talked to him against the executions that were happening plus he asked to prevent Massoud from being executed.

I made a report that his brother did these works and services for SAVAK ; so we should give Massoud Rajavi a discount. The Shah agreed, so Massoud Rajavi was pardoned and not executed.

I think to some extent you were able to attract Massoud to SAVAK, but he himself denies this.

In fact, you destroyed and discredited him.

Yes! As soon as he heard the news, he objected to it in prison saying: No, what cooperation did I have?! While actually he did. He bought names of many people during the interrogations, and the Islamic Republic had published his interrogations a few years ago.

In prison, prisoners would protest, he would suffocate and order them to silence. Meanwhile, he was secretly doing his operations and activities in prison, he was basically the only one left from the first group arrested, and so as a result, he automatically became the leader.

All rights reserved use of the content is permitted by mentioning the source.
Powered by: "Iransamaneh"